Passivhaus is an energy performance standard, which employs a fabric first approach, reducing carbon emissions by reducing space heating demand through a simple, but high performance building envelope, rather than meeting a larger demand through renewable energy sources. Reconciling Passivhaus design with high density urban design is challenging. The simple form factor, good solar aspect and minimal overshading are not always compatible with urban design principles of tightly knit networks of streets or a considered response to the local urban grain.

Agar Grove is the largest new build Passivhaus scheme to receive planning in the UK, providing 345 new Passivhaus certified homes. Mæ and our collaborators Hawkins\Brown and Max Fordham have sought to marry good urban design practice with successful Passivhaus principles. The scheme replaces existing estate buildings which were poorly insulated, draughty, and uncomfortable to live in, as well as being too small. Their new homes will have a greatly reduced need for space heating, through well insulated, air tight construction, along with triple glazing and heat recovery of mechanically ventilated air. Careful design and attention to detail through the robust Passivhaus methodology means that the performance of the buildings will closely match the intended design. 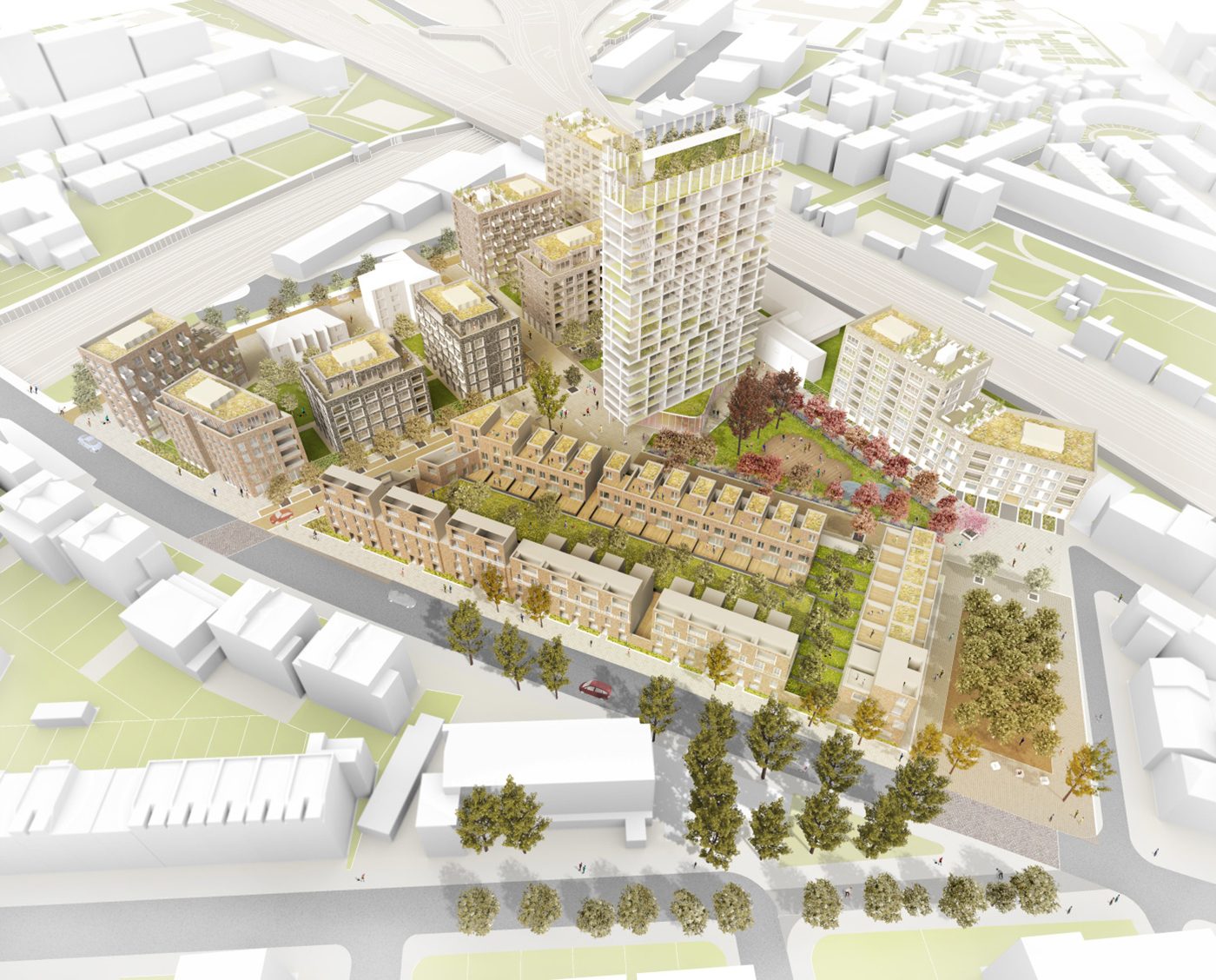 Camden Council took the decision to use the Passivhaus standard early in the project, as they aspired to provide a scheme that could demonstrate that it was meeting an exemplary standard. This meant they did not require a CHP (Combined Heat and Power) plant in the scheme, which would have been costly, inappropriate for the energy profile of the new housing scheme, and would mean significant amounts of heat being lost in the distribution pipework between the CHP and the new homes.

The scheme design is based upon a clear set of urban design principles, with a simple hierarchy of spaces and streets connecting to the surrounding area. The buildings are positioned to reinforce this legible street hierarchy through the site area, whilst providing a range of clearly differentiated building types meaning that the new scheme does not read as an estate. Solar orientation was also considered in the placement of buildings and glazing. Additionally the new homes will be designed to the space standards set out in the London Housing Design Guide, providing more spacious and usable homes which each have a private amenity space. 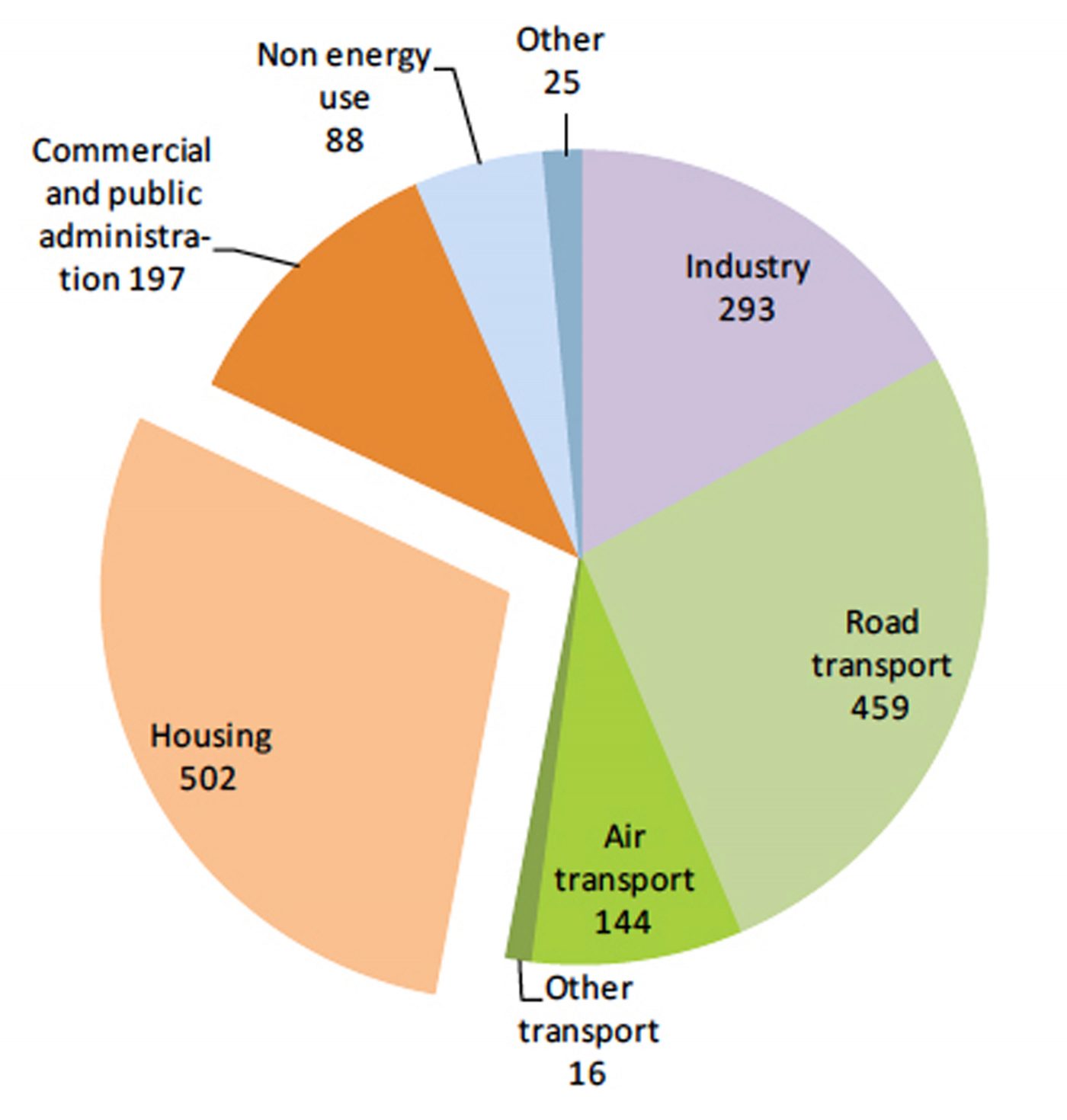 Mæ have sought to integrate the requirements set out by Passivhaus into the design, in order that it avoids being an ‘add on’. An example of this is the window design, we are using triple glazed windows, and as such the glazing units themselves tend to provide better levels of insulation than the window frames, therefore large, simple windows with a high glazing to frame ratio will perform better. Issues such as this should be integrated into the scheme design, in order that they read coherently with other aspects of the design.

The buildings are relatively large in size and relatively simple in form, which means that they have a low form factor, which is the buildings’ surface area to volume ratio. This means that in principle the buildings will conserve more heat than smaller, more complex ones. However, because the new buildings are multi level, amenity spaces need to be included for upper floor dwellings, and this creates potential thermal bridges which have to be minimized through careful detailed design. 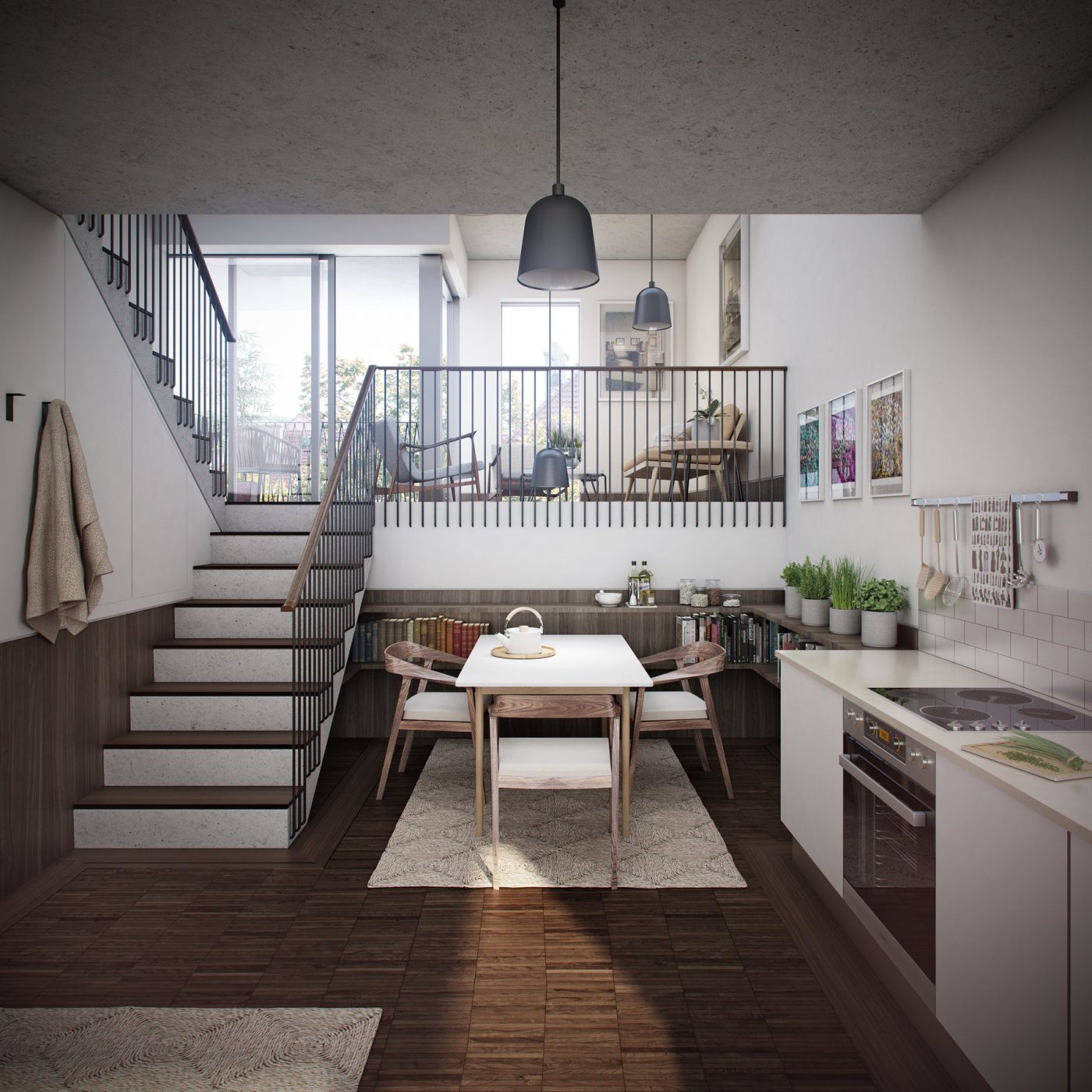 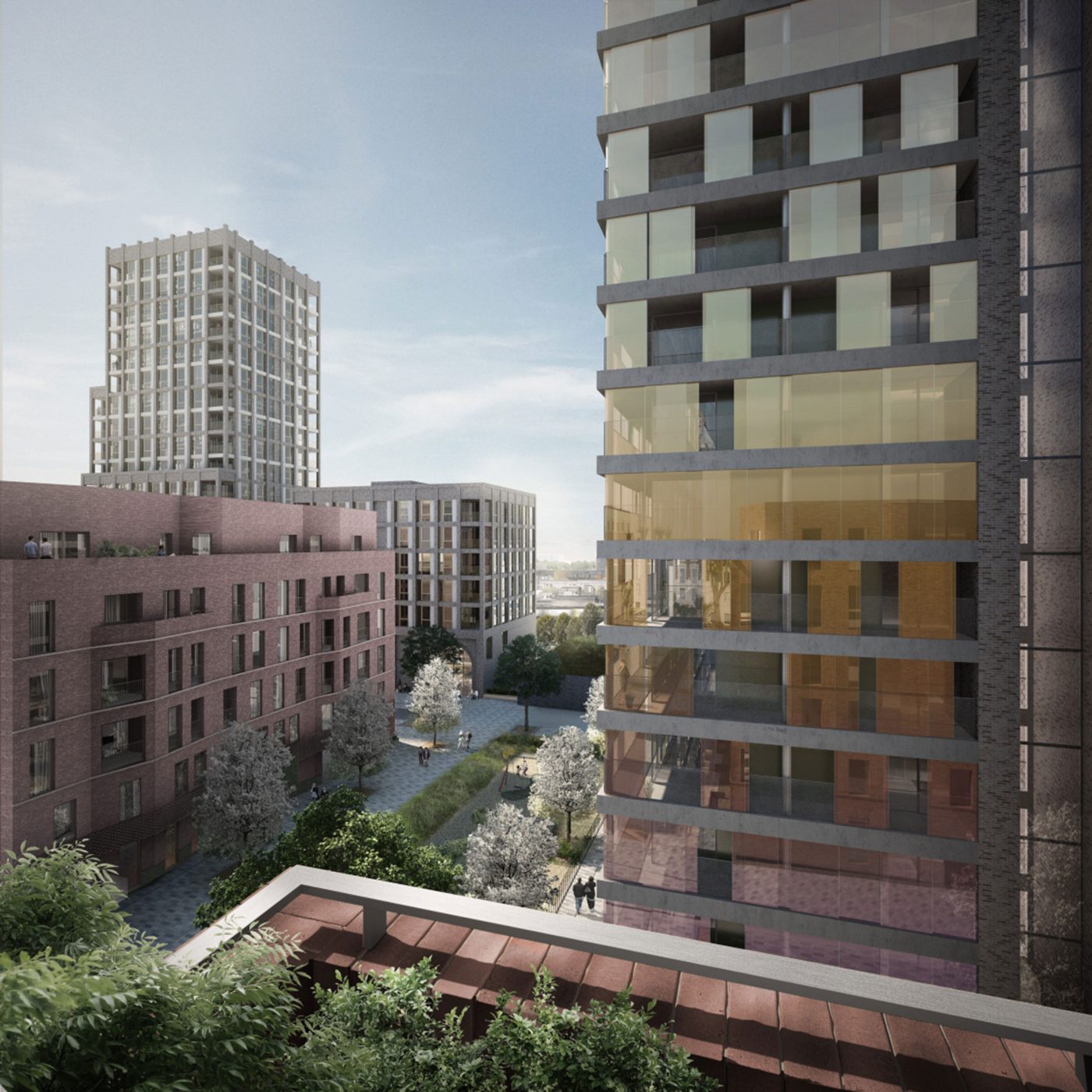 In addition to meeting the Passivhaus standard, the scheme proposal also includes a number of other sustainable measures, including meeting Code For Sustainable Homes Level 4, solar hot water and photovoltaic panels, and ecological measures such as green and brown roofs, rainwater harvesting, bird boxes and bio swale. 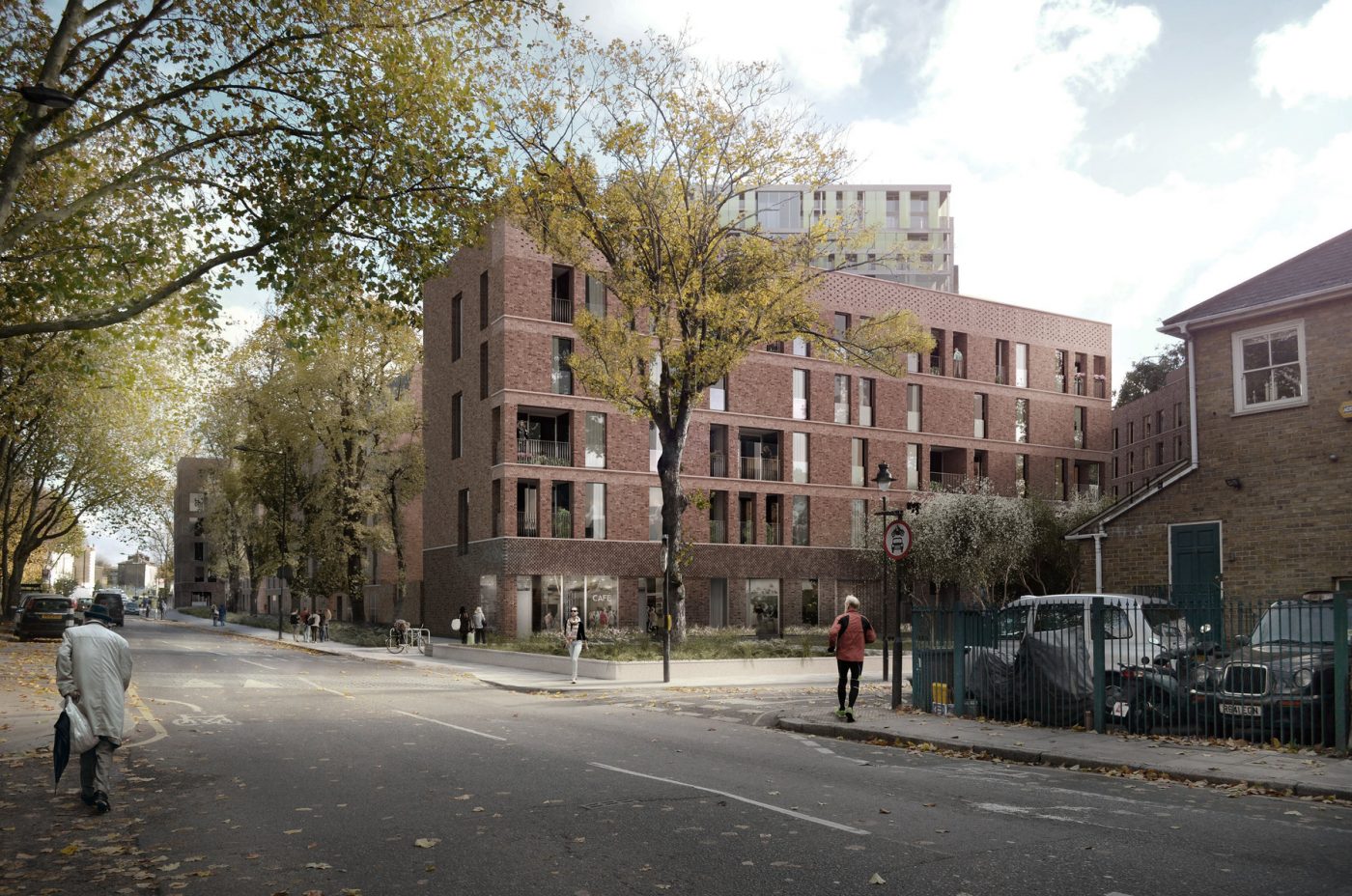 Mæ believe that all new homes should achieve high levels of energy efficiency through simple and effective measures such as robust building fabric performance and other carefully considered sustainable measures, in order that they help the UK to achieve its CO2 reduction targets, in a robust and sensible manner, and progress sustainable urban development.

"Passivhaus - is a specific energy performance standard that delivers very high levels of energy efficiency"*. This standard should be applied to a large proportion of new build schemes including those in dense, urban locations, which would help to reduce the environmental footprint of such schemes, help to tackle issues around fuel poverty, and provide much more comfortable living environments in our growing cities.

You are using an old browser or have javascript switched off. This means that some or all features of this site are not available.